March 12 1565, signed the contract for the construction of the Vasari corridor 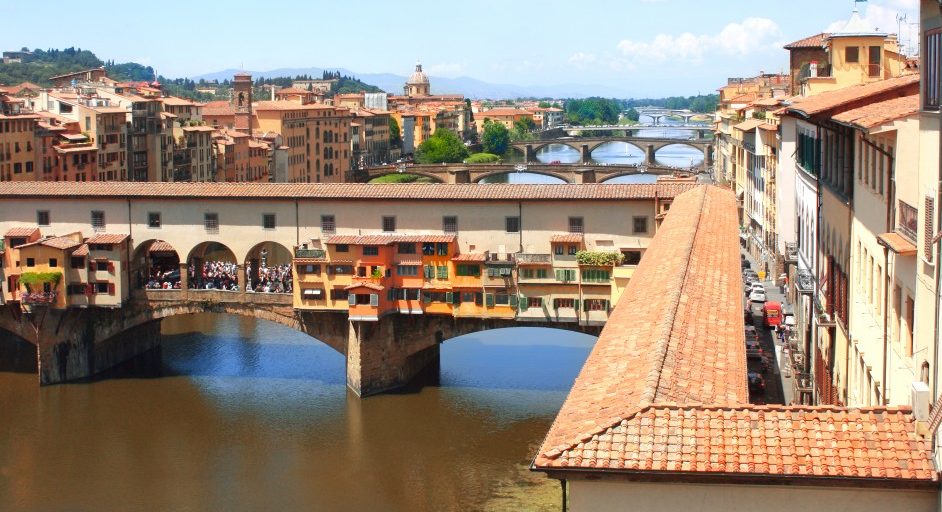 The Florentines did not take it too well when, in view of the marriage of Francesco de’ Medici with Joan of Austria, that passage between the Uffizi and the Pitti Palace was realized for the benefit of the security and privacy of the Grand Duke’s family.

Actually the operation turned out to be rather daring from an urbanistic point of view, trampling on a lot of private situations sacrificed on the altar of the reason of state.

Only the Mannelli family proved sufficiently powerful and “brave” to obtain an abrupt deviation from the path for the preservation of its “tower house”.

Not even the church of Santa Felicita was spared from the project and indeed it turned out to be a comfortable tribune where the Medici could attend sacred liturgies without being observed.

During the second world war that passage made it very convenient for the partisan delegation that clandestinely, after the destruction of the bridges, came to meet in the city with exponents of anti-fascism (it also included Carlo Ludovico Ragghianti, the famous professor of art, member of the National Liberation Committee) and also Rossellini took inspiration from the episode for one of the stories of his masterpiece ‘Paisà’.

From the museum point of view the corridor is first known for having hosted the most extraordinary gallery of self-portraits in the world which, in the new layout, will be located in a different part of the Uffizi.

This website uses cookies to improve your experience while you navigate through the website. Out of these, the cookies that are categorized as necessary are stored on your browser as they are essential for the working of basic functionalities of the website. We also use third-party cookies that help us analyze and understand how you use this website. These cookies will be stored in your browser only with your consent. You also have the option to opt-out of these cookies. But opting out of some of these cookies may affect your browsing experience.
Necessary Sempre abilitato

Any cookies that may not be particularly necessary for the website to function and is used specifically to collect user personal data via analytics, ads, other embedded contents are termed as non-necessary cookies. It is mandatory to procure user consent prior to running these cookies on your website.